A downloadable game for Windows

Normie hordes have attacked Kekistan. You know what must be done!

Goal and Game-play / Mechanics and Features:

BLAST your way to victory against the normie invaders, in GLORIOUS single-player or local-co-op modes.... Do lethal damage as EITHER the powerful V-17 attack helicopter OR the amphibious XMT-958 gun-hopper!

Scrap enemies to earn re-spawns. 1000 points keeps you in the fight.

3 distinctly themed levels, each with its own music, enemies, mini-bosses, level-bosses, effects, and more...

History / Explanation of this game:

Kekistani Grinder is inspired by an old Amiga game called Silkworm. Probably a port of an arcade game.

-On top of that comes an all original layer of modern interface, HD graphics, shaders, particles, hand-crafted terrain, screen effects, and much, much more....

This game, including all content and sub-systems, was made entirely by me at home, except for a few of the music tracks, and a hand-full of easter-eggs / memes.

It was a passion-project / learning experience for me... So it has way more going on under the hood than any game of this sort really should. This game has features, not to sell copies obviously, but because I wanted to see them work.

Maybe if there is any interest from anyone, I might expand the game. Certainly if there are any bugs reported, I will do my best to fix them and re-upload. 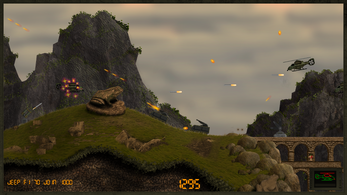 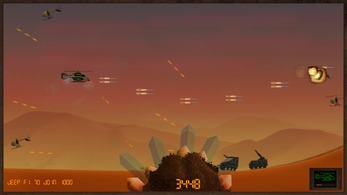 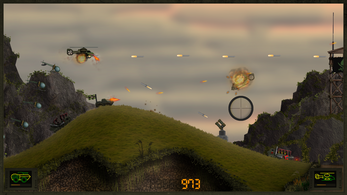 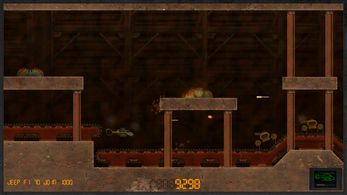 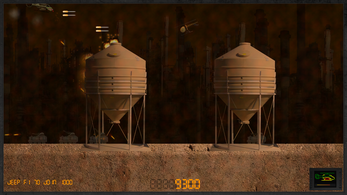 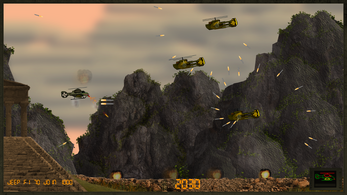